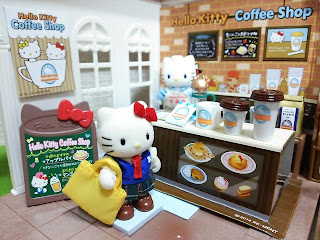 Sanrio Dollhouse Story is a creative, artistic Instagram user that uses Sanrio items to stage picturesque kawaii imagery that represents Japanese customs and ways of life.  As a child, she recalls receiving Sanrio calendars at the end of kindergarten when she chose Hello Kitty with the red bow.  She now collects tableware and everyday items that she can use at her house to recreate the experience and wonder of Sanrio's elaborate character cafés in Harajuku.  When not creating and snapping pictures of these magical glimpses into her imagination for her many followers, she's managing everyday family life.  Also, her love of Sanrio can be traced back to her grandfather's experiences in World War II.  Tune in and listen now as Sanrio Dollhouse Story explains more details on these and so much more.  Thanks for listening. 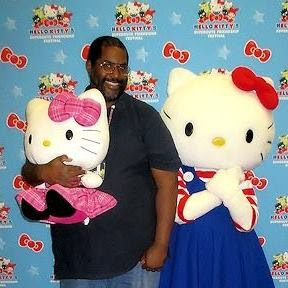 This episode features Richard Brown, or Acton as he is known throughout various online communities.  After being stationed in Japan with the US Navy in the 1980s, Hello Kitty is one of several cute characters that he remembers during his stay.  Fast forward to the late 90s and Richard is once again face to face with Miss Kitty White and reminiscing about his time in Japan.  Now, as a Furry and part of that subculture, Richard finds himself accepting her invitation of moving in taking over his apartment.  From a stunning 60+ plush collection down to the bed sheets, Richard enjoys Sanrio's Hello Kitty and even finds time to share her with other fans at numerous conventions.  He has the reputation of being the guy with the huge Hello Kitty, and from the looks of it, she is enjoying it, too.

Pictures from his outing can be found on our Facebook page

Ever wondered what it was a Sanrio Store was like in the 1990s?  Well, Evelyn has all the answers about life as a store manager of the Sanrio Store in the Capitola Mall during 1996 & 1997.  She's got some great Sanrio Stories about Hello Kitty and many other Sanrio characters.  She explains how she started out, how she decorated her store, what she liked about working for Sanrio, what it was like attending the famous Sanrio Warehouse Sales, and of course, her Top 5 Favorite Characters!!!

Here's some pictures of the amazing Hello Kitty Letterman Jacket she received! 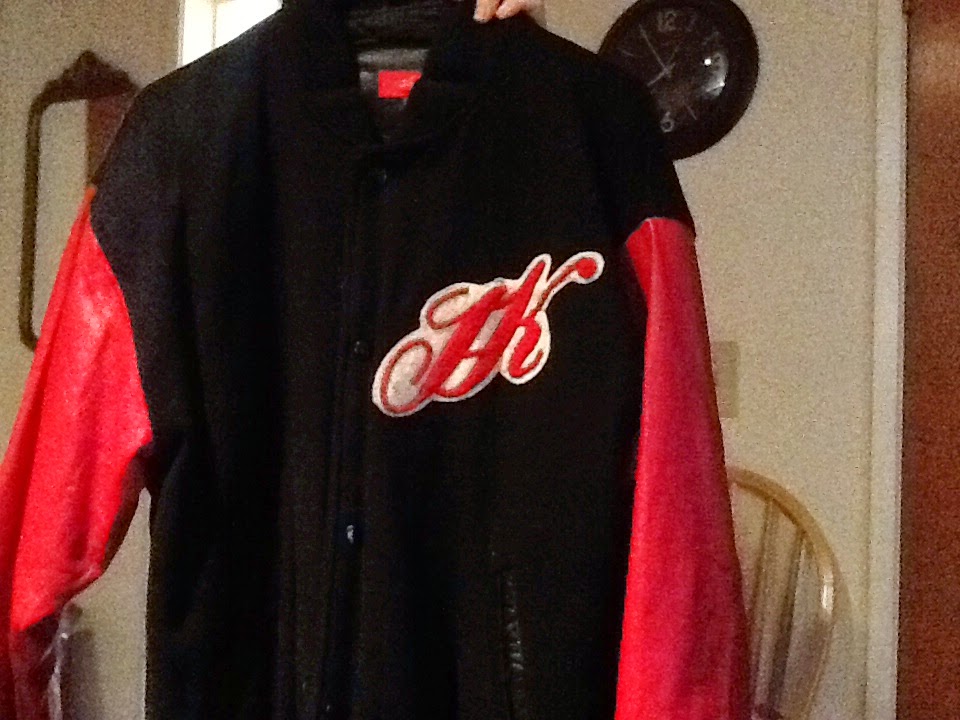 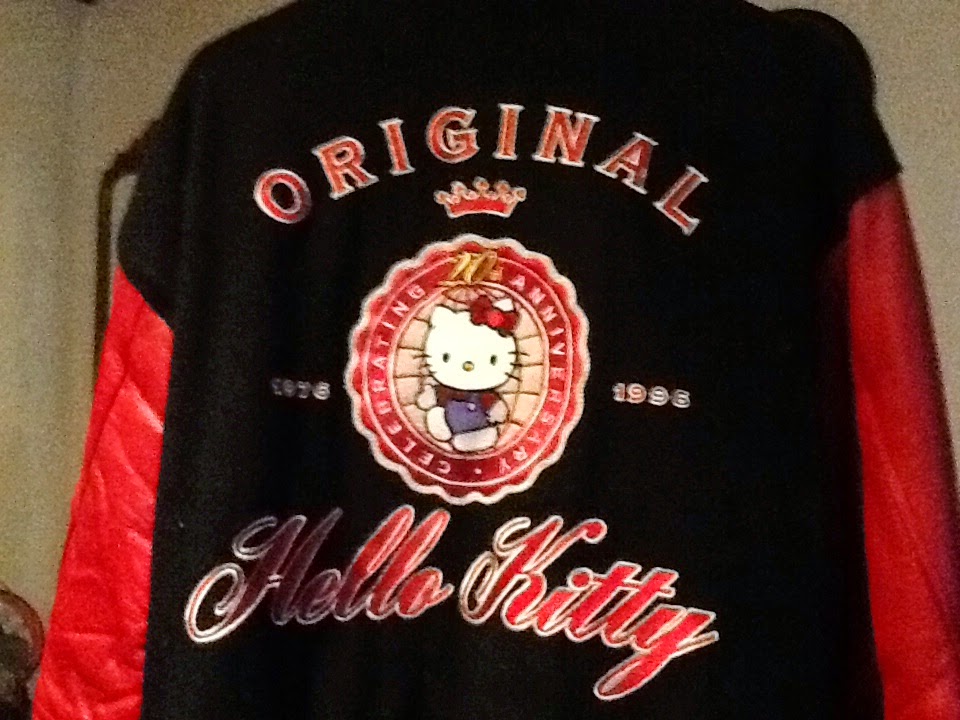 Oliver is a Super Fan!  He has been collecting random and rare Hello Kitty items since his first item: the Hello Kitty Sega Dreamcast.  Although most of his collection is in storage, that doesn't stop him from spreading the cheer and love of Sanrio's message of Small Gift, Big Smile.  Oliver makes it a point to show up to an HK Junkies meet up with baked goods, stickers, and any other handicraft he's designed and produced.  You can see many of his items on his Instagram account, also, you can join up on the Hello Kitty Junkies Website too!  Enjoy! 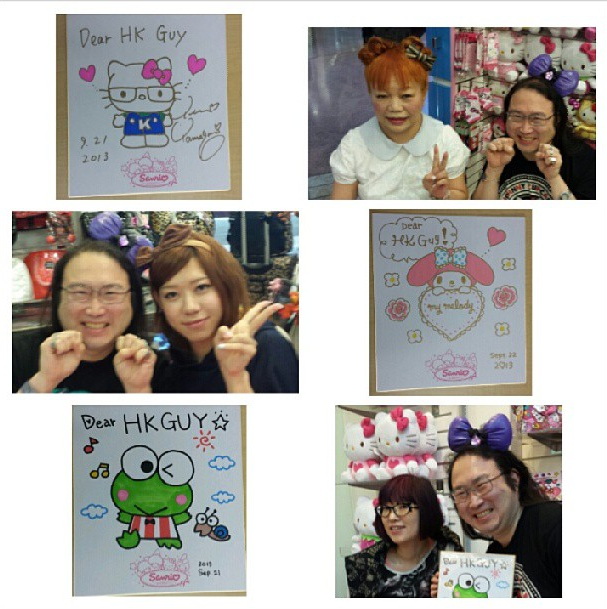 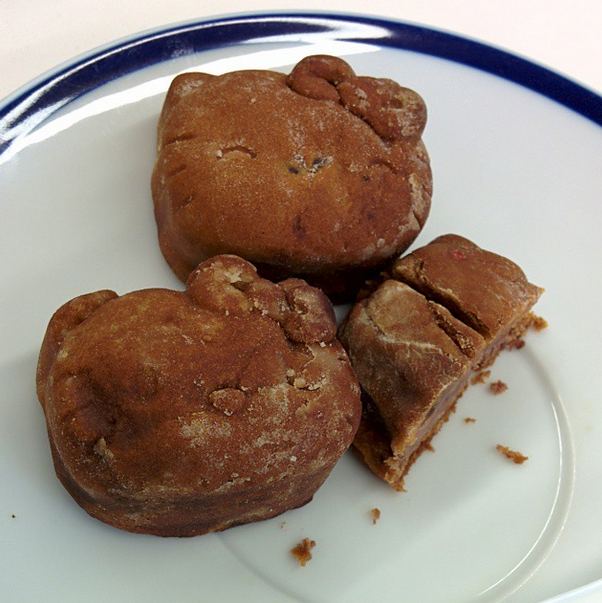 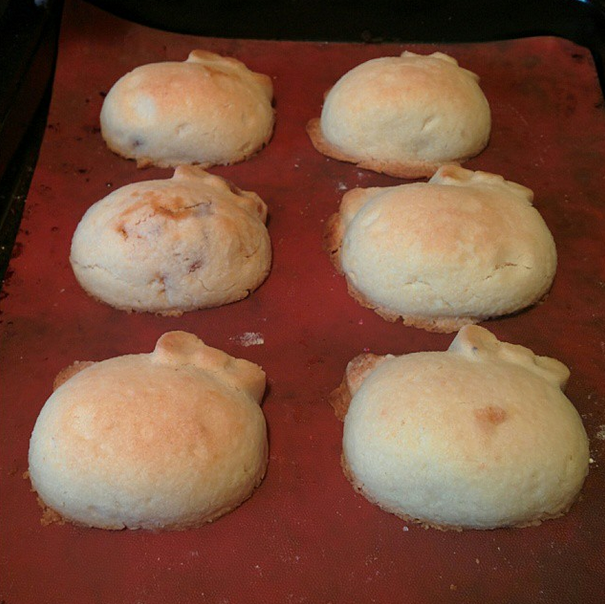 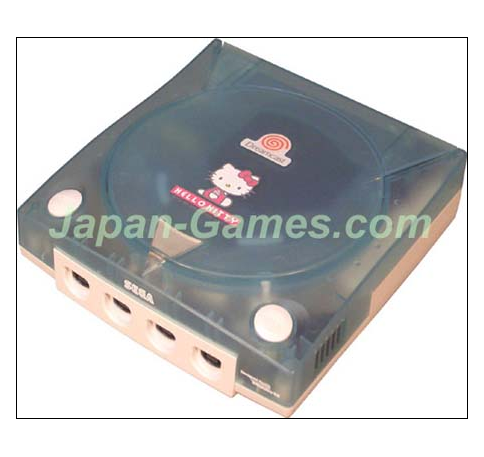 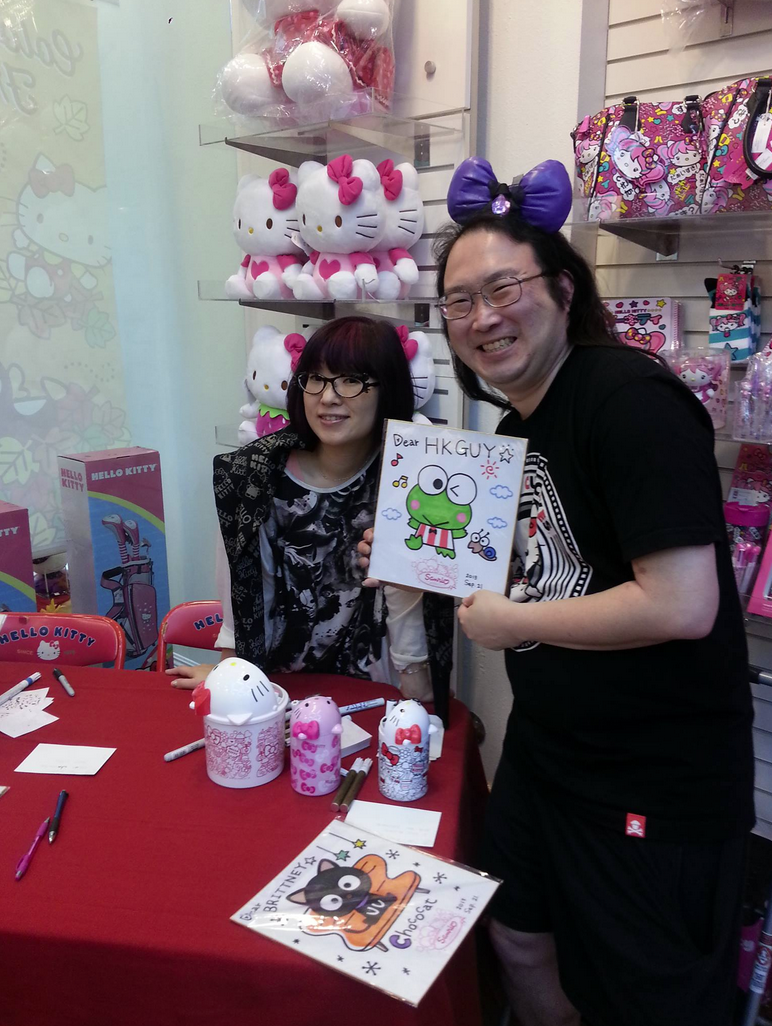 Meryl is a great Sanrio fan!  She's liked Hello Kitty since an early age and even had a seventh birthday that was Sanrio themed!  Her collection rests in organized protected bags so they don't get ruined and many stationary items she has, she passes on to her friends.  This good deed of sending smiles is what Sanrio prides itself on, and with fans like Meryl, their "Small Gift, Big Smile" motto lives on and is enjoyed by many!  Listen as Meryl explains how Sanrio has influenced her to be kind and share happiness! 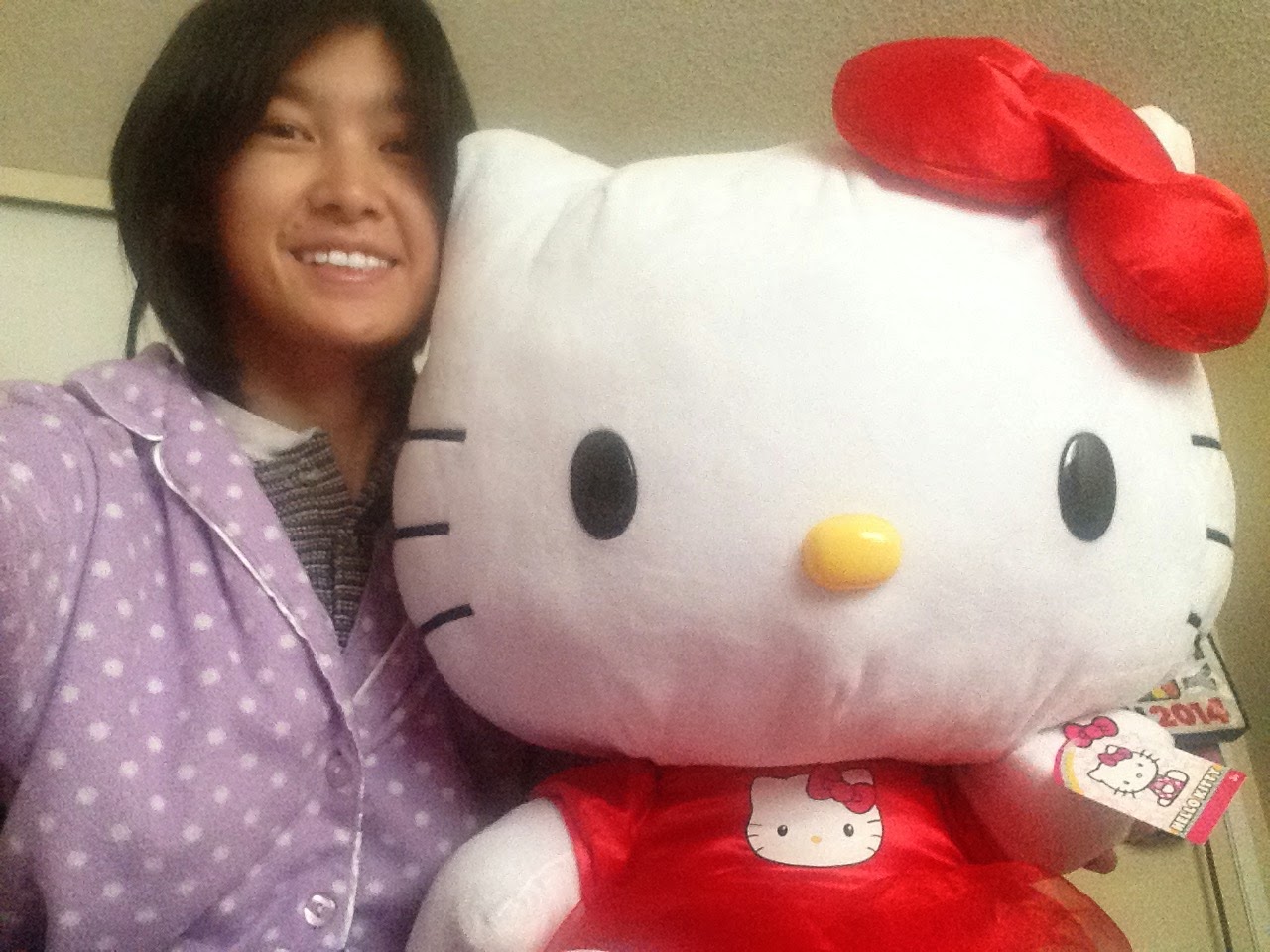 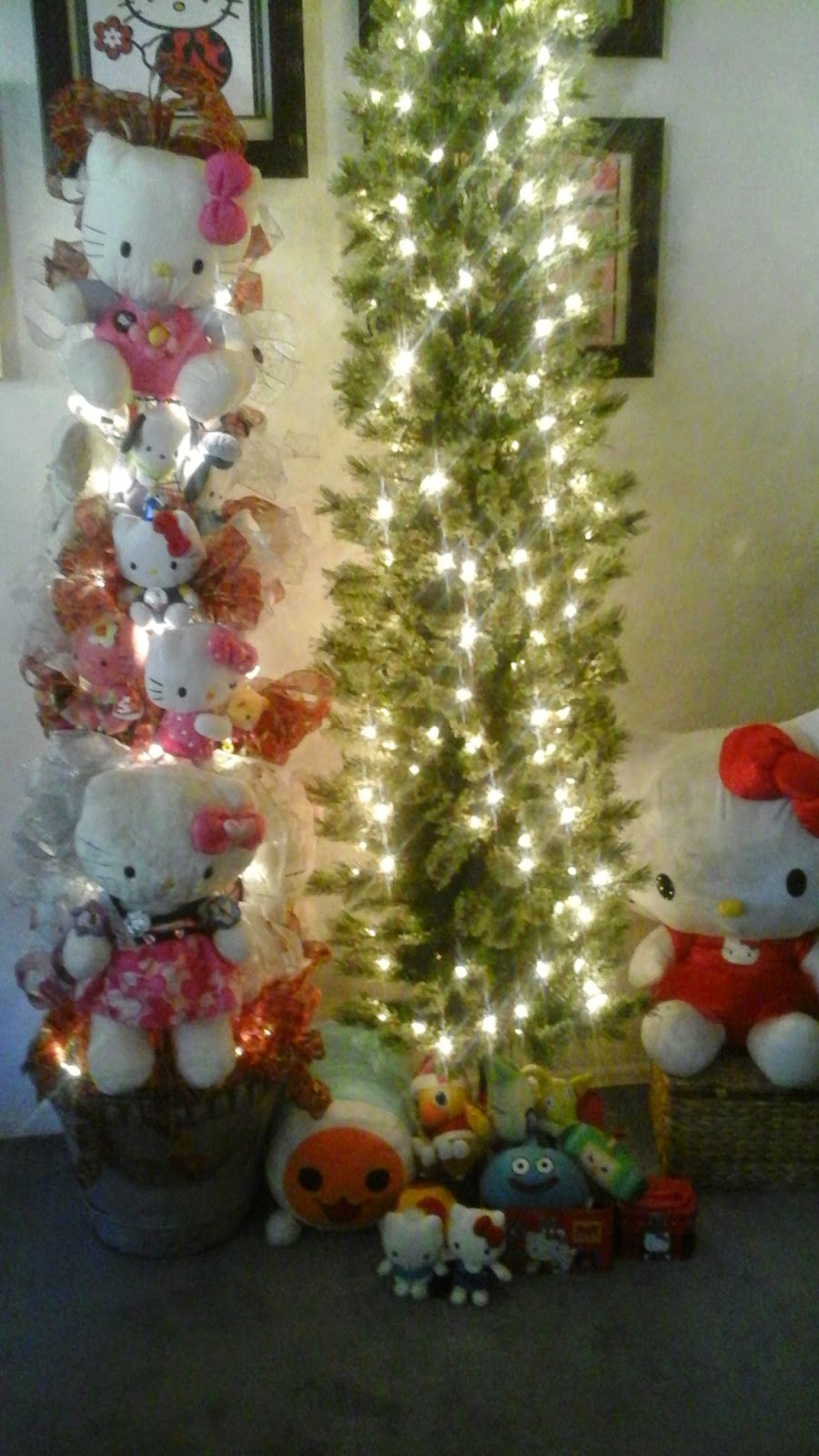 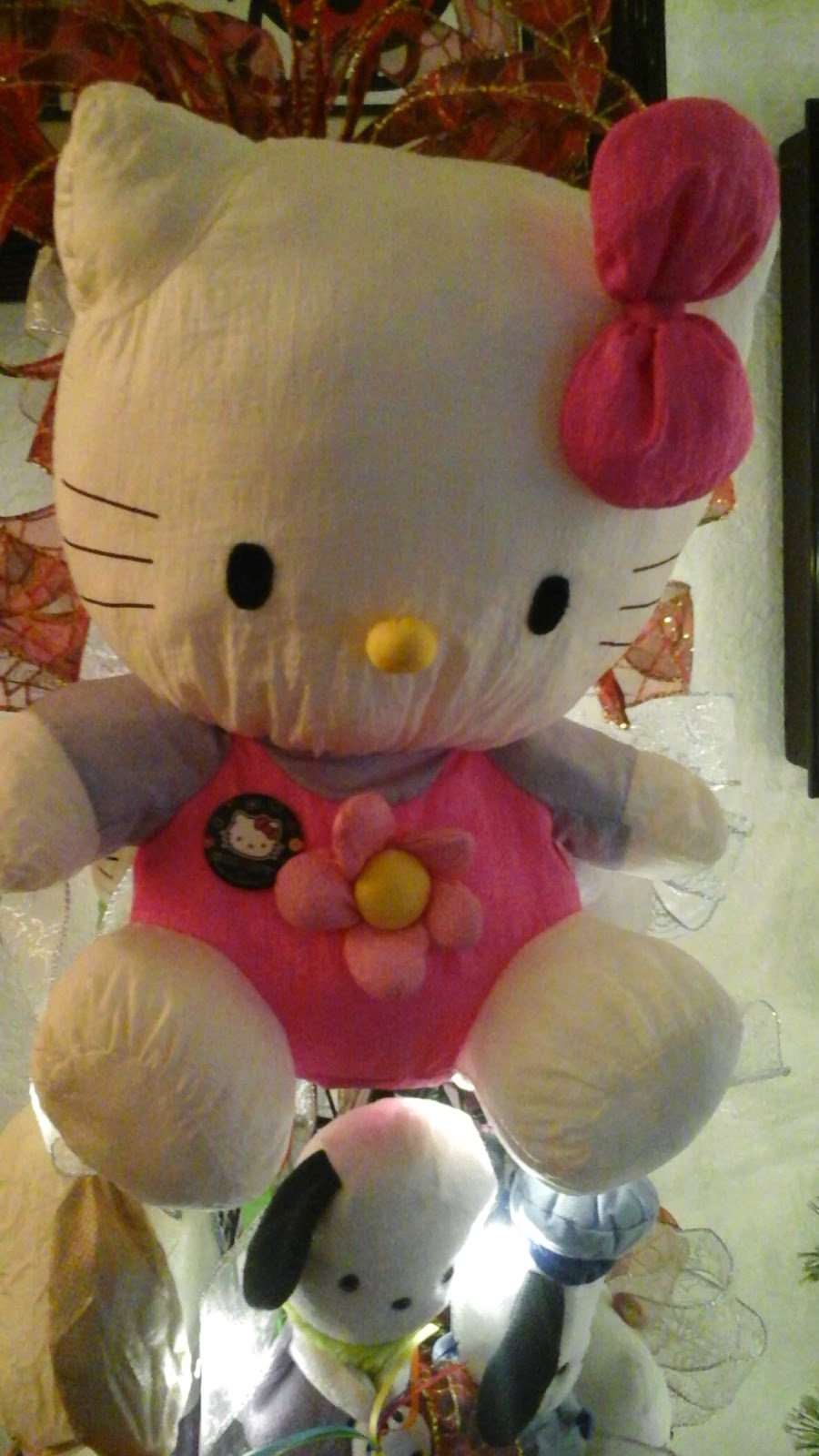 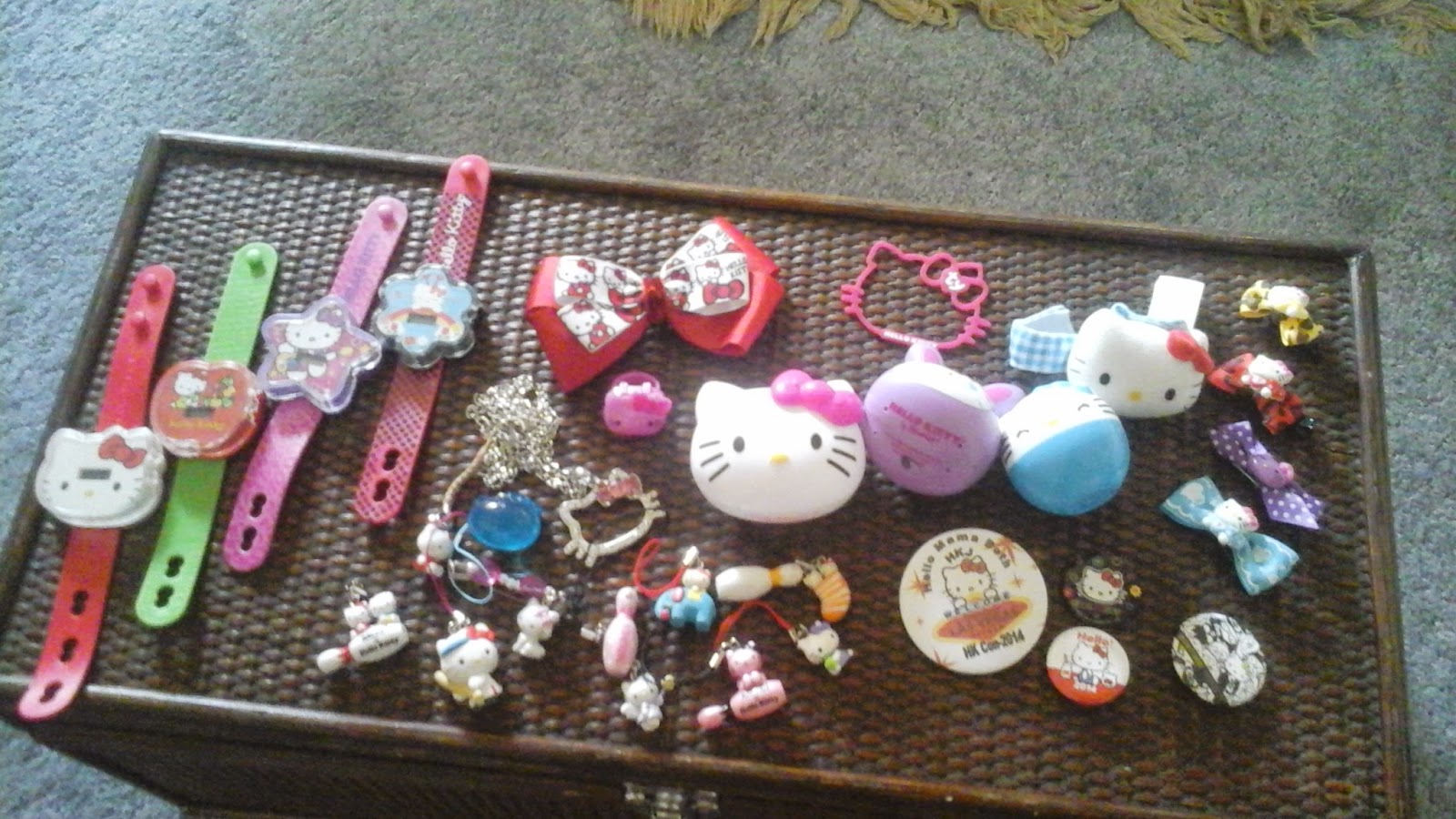 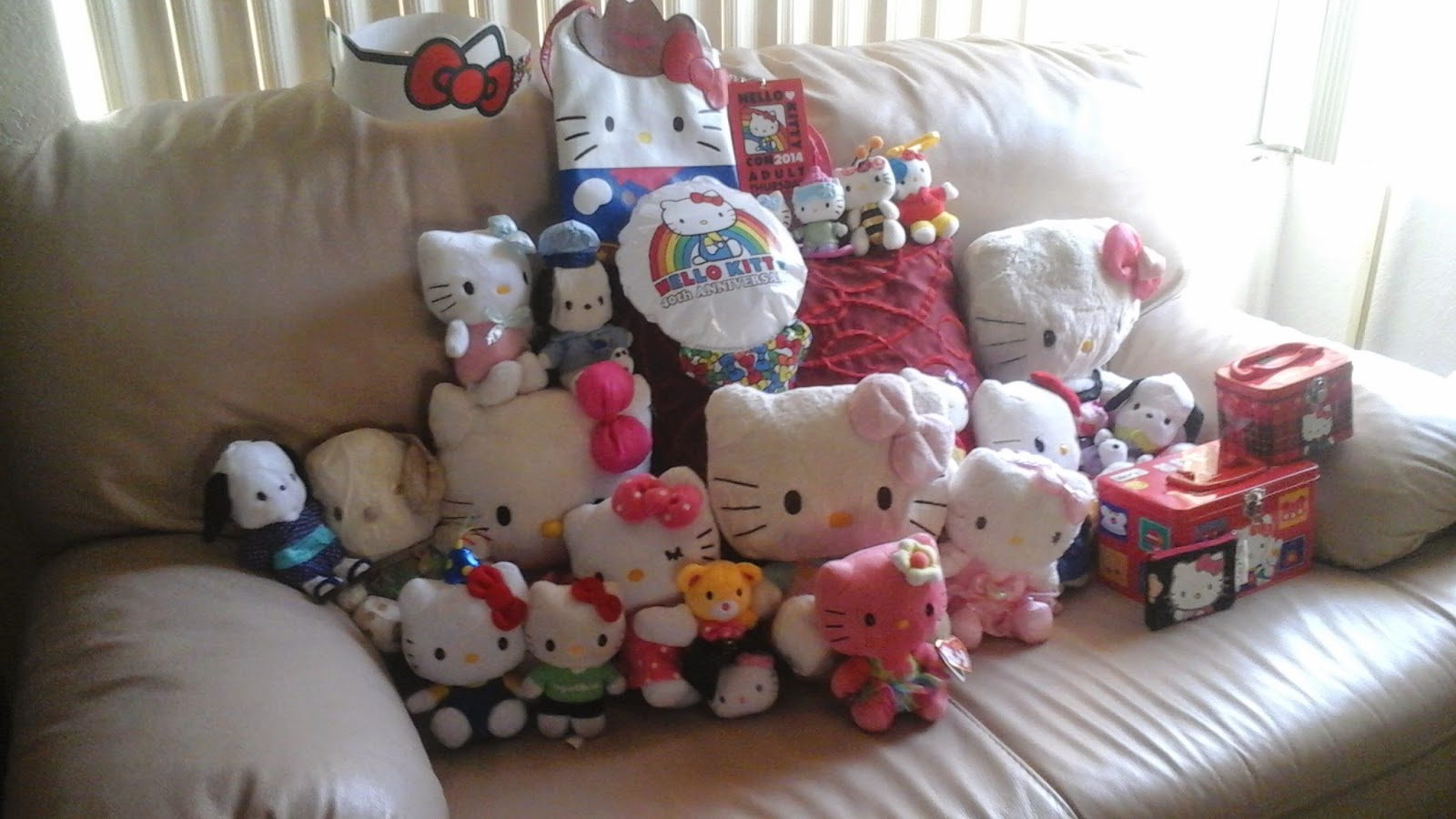 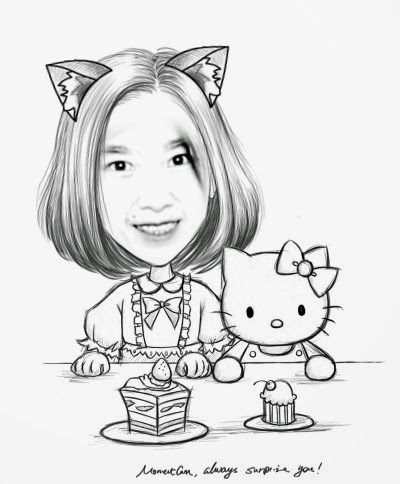 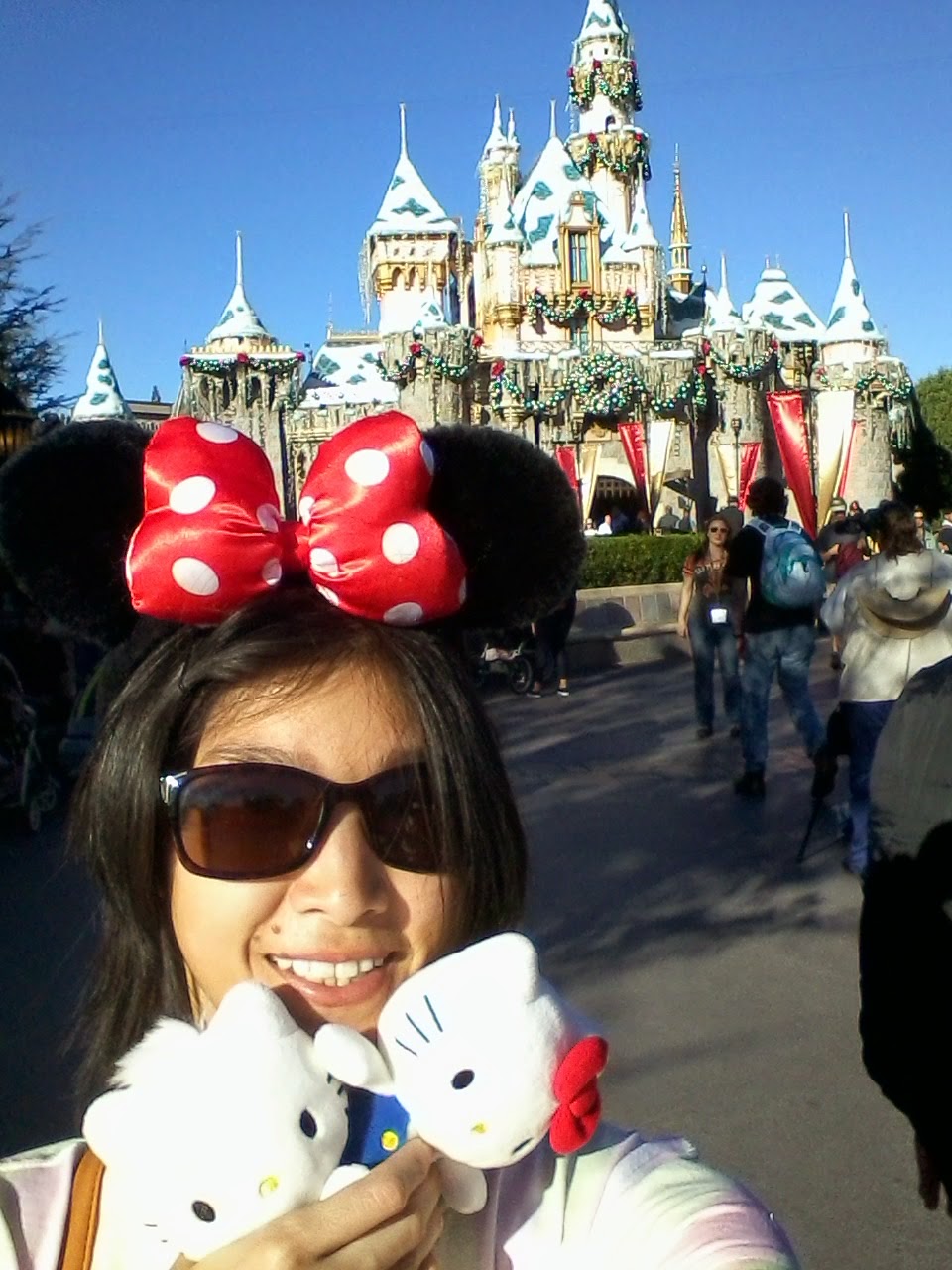 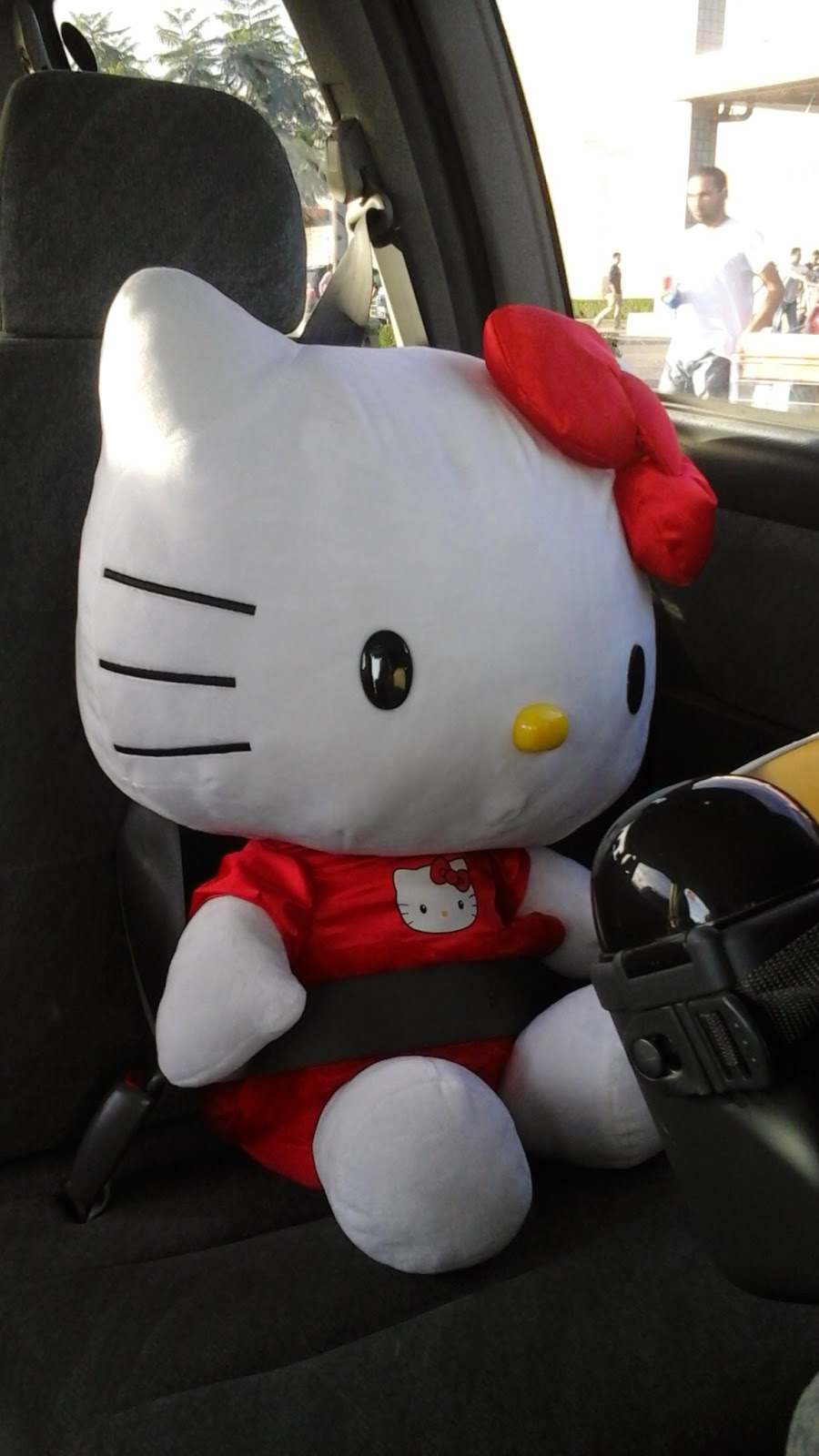 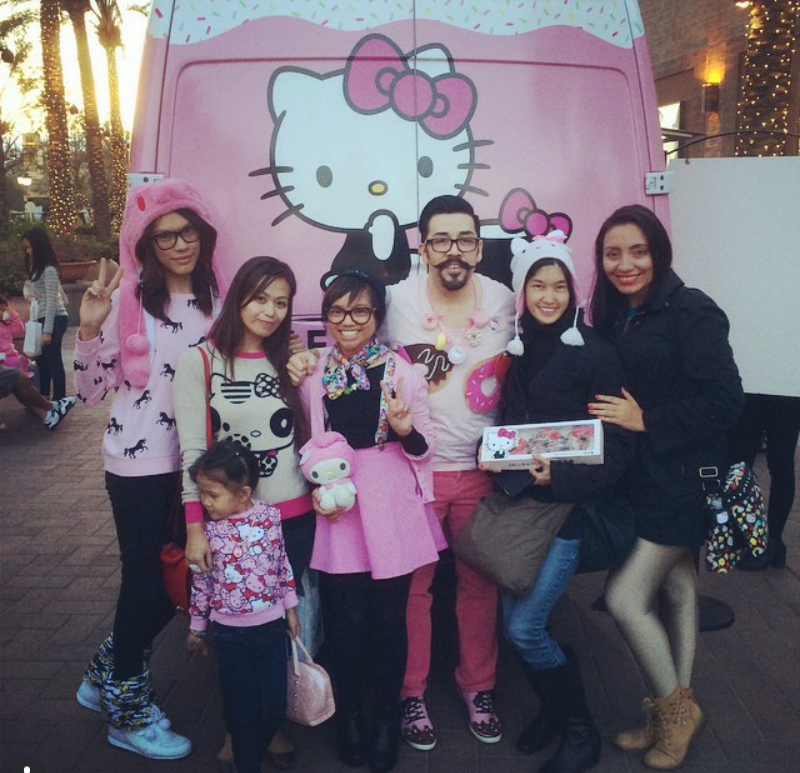 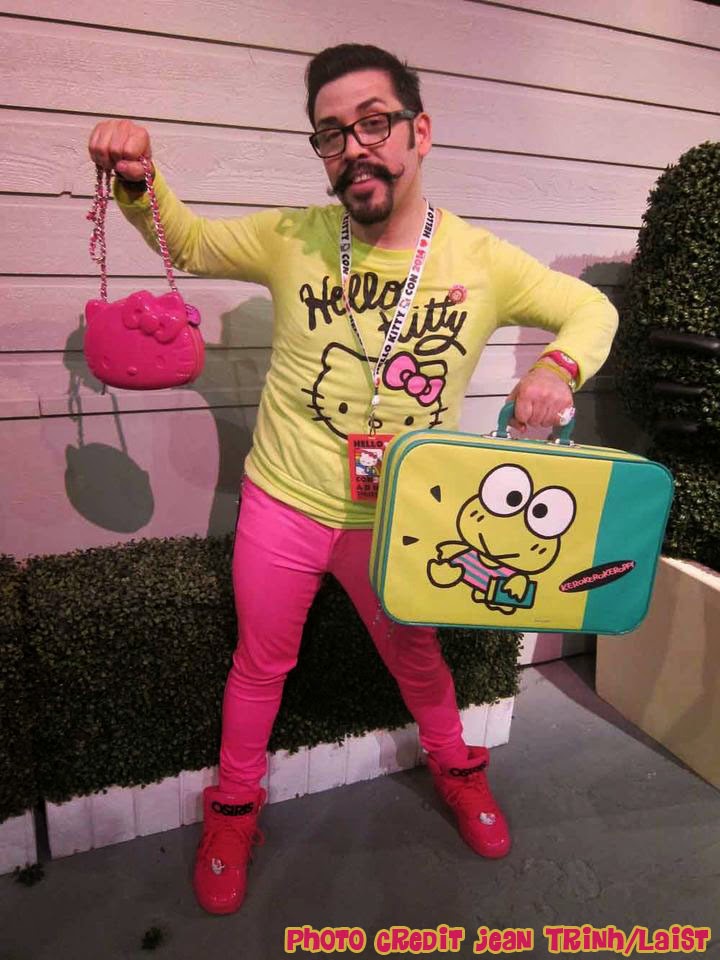 Few Sanrio fans can say they've been with Hello Kitty, Little Twin Stars, and Patty & Jimmy since the early days, but @MrHelloKittyBoy has pictures to prove it!  Starting back in 1976 in southern California, Tommy, as he was known back then, would visit his local Hallmark shop and become drawn towards the small display that was set up to showcase the wonderful early Sanrio stationery items.  Later, after relocating, he would go on to work at similar shop after the owner took an interest in him, his weekly visits, and his wonderful ideas -- one of which was to host a Hello Kitty party modeled after the Tupperware parties that his mom had hosted.  Elements of his job was to personally select items from the 1982 Sanrio product catalog to be sold in the shop as well as suiting up in the Hello Kitty costume to represent the store in the town's annual Fourth of July parade.  Throughout his story, MrHelloKittyBoy shares with us the passion he has for Hello Kitty's cuteness and gives us a glimpse of how Sanrio's global message of friendship was very present during the early days, while the hardworking employees at the company ensured its success here in the USA. 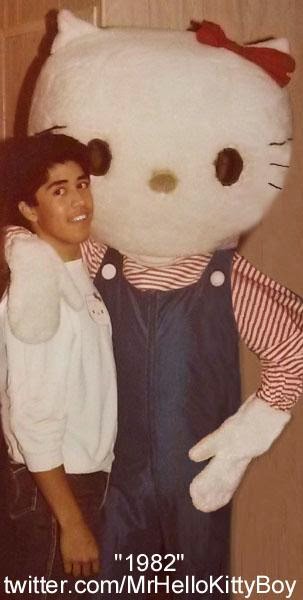 Also, see if you can spot @MrHelloKittyBoy in these articles: 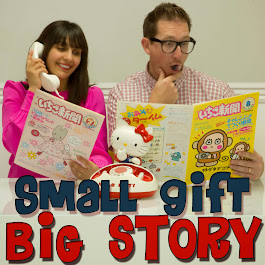 ‘Small Gift, Big Story!' is a podcast chronicling the stories of Sanrio fans. We have our own story related to Sanrio - it was a mutual love for Sanrio that sparked our initial friendship! And as we frequented Sanrio stores, participated in events, attended Sanrio warehouse sales, and got to know others who loved Sanrio, we learned about their connection with Sanrio! Their stories informed us on how they came to love Sanrio and we started noticing that each story revealed more and more interesting details on the history of the company itself. Well, we soon realized that these stories tell such an important part of the history of Sanrio and they should be archived. So, this is part of our collection that we're sharing with you. That's how our podcast 'Small Gift, Big Story!' came to be! We hope to hear and share your story, too - email us!